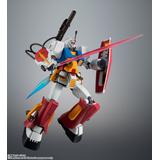 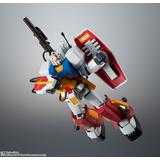 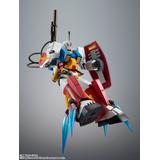 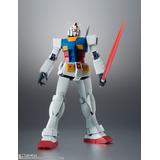 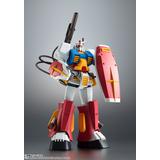 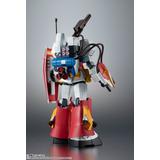 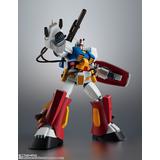 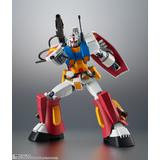 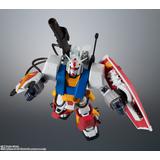 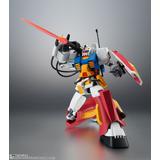 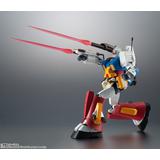 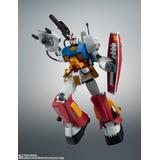 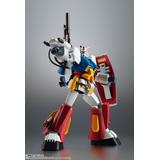 
This heavily armed Gundam first appeared in the 1982 manga "Plamo Kyoshiro," the first manga to present the idea of battle using customized Gundam model kits, and now it appears in Bandai's Robot Damashii action figure lineup! Operated by Shiro Kyoda, this customized Gundam features a shield fixing belt made from a wristwatch band!

The figure features an extraordinary range of motion through the shoulders, hips and waist; its heavy armaments include two-armed beam guns and shoulder cannon with effect parts for each. The head is newly sculpted and features interchangeable facial expressions, and three removable saber grips and four mines can be stored in the back of the shield, which of course features its wristwatch-band belt. Vernier effects are also provided. You can also remove all the customized parts for a normal RX-78-02 Gundam! Get this amazing figure for your own collection today!