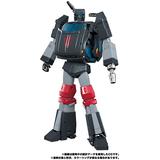 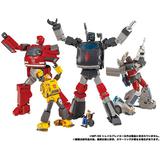 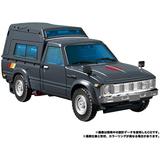 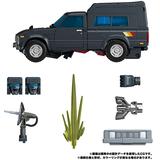 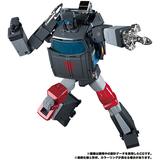 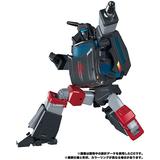 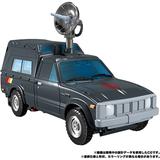 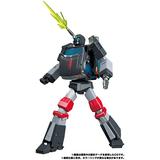 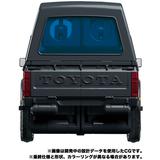 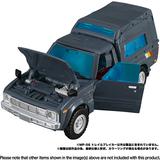 He can fully transform from robot mode into his Toyota 4WD Hi-Lux camper truck form. And he's the very first in the Masterpiece series to be officially licensed by Toyota Motor Corporation!

In robot mode, the figure is fully poseable, allowing you to recreate his battle poses seen in the animated series.

The set also comes with a variety of accessories, including optional faces (laughing, shouting), a parabolic antenna and grill for the anime version of the vehicle mode, a multi-nozzle gun, and effect parts, too!