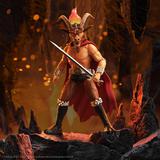 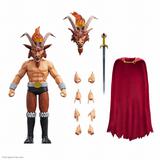 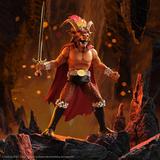 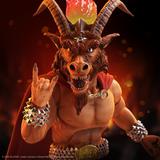 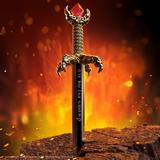 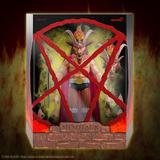 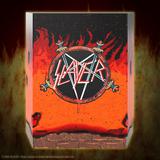 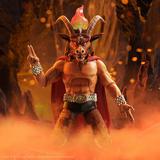 
One of America's leading metal bands, Slayer, unfortunately disbanded in 2019. Their many edgy works are classics, and the character known as the Baphogoat (a.k.a. Minotaur) made hi first appearance on their debut album, "Show No Mercy," released in 1983. Super7 now brings us an "Ultimate" action figure of this awesome character! Two versions of his head are included, and the flame on top of his head is a clear part for an accurate look! He comes with a sword, interchangeable hands, and his cloak. Order him for your own collection today!