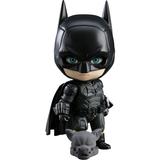 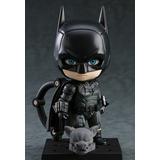 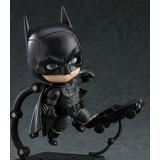 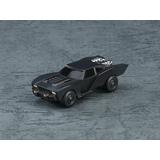 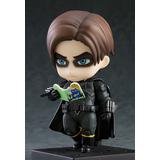 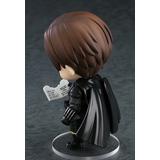 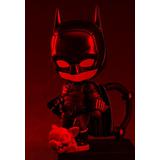 
The latest incarnation of Batman from the new hit film, "The Batman," gets his very own Nendoroid!

A stoic face plate and an angry face plate are included, and the iconic cowl is a separate part that can be used with either face! He also comes with a card from The Riddler seen in the film, a miniature Batmobile, a figure stand, and a gargoyle part for displaying him looking down over the city (or your shelves).