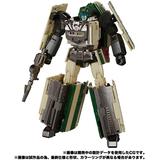 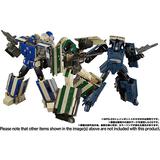 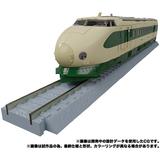 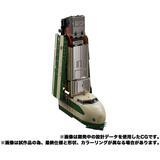 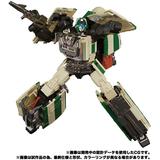 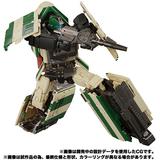 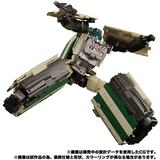 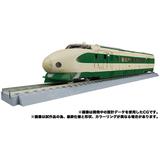 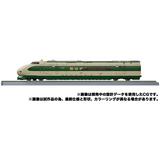 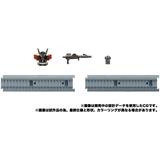 
Yukikaze, the Trainbot that played an active part in the TV anime "Transformers: The Headmasters" joins the new figure series MPG! MPG stands for Masterpiece G, with the G representing Gattai, Giant and Great!

This third figure in the series features the Tohoku/Joetsu Shinkansen 200 series train completely transformed into a robot! It's fully posable so you can recreate your favorite scenes from the series; it can be displayed on the included rail, and additional weapons and head parts for Raiden are included. It also features a triple-change specification, and it can transform into Raiden's left leg! Complete Raiden by combining Trainbot Shoki, Trainbot Getsuei, and three other Trainbots to be released in the future!

This item also comes with a special booklet (in Japanese) containing information about the MPG series! An interview with Mitsuhito Ohno, the developer of the MPG series, and secrets about the development of the old and new versions of Raiden are included, making it a must-have for "Transformers" fans! Place your order today!