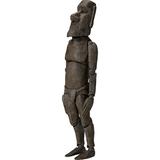 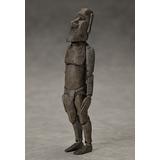 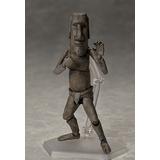 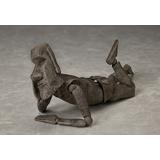 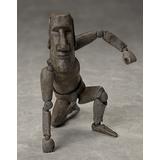 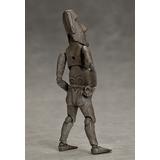 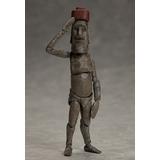 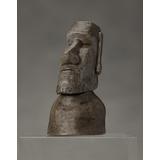 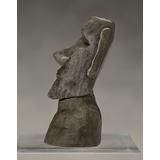 
The amazing "Table Museum" figma version of the famous Moai statues from Easter Island is back!

The "Table Museum -Annex-" series of figma figures are based on famous pieces of art from around the world. The first entry in this series is one of the massive, mysterious Moai statues that can be found on Easter Island, off the coast of Chile.

While the statues are most famous for their impressive heads, Moai of different sizes and even ones with enormous bodies buried beneath the earth have been found, with styles varying based on the period in which they were constructed.

The smooth yet posable figma joints allow you to create a variety of different poses. A part allowing you to display the Moai statue as only a bust is included, along with a hat part based on the ones found on some Moai in real life. Various hand parts are included as well. The Moai also comes with a figma stand so he can easily hold his poses. Order yours today!