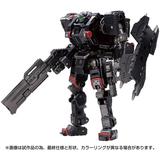 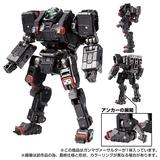 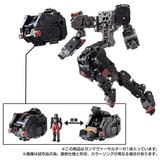 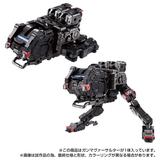 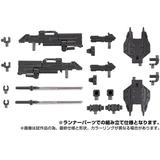 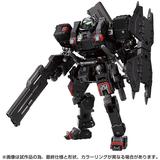 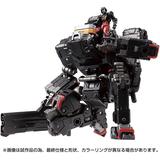 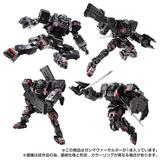 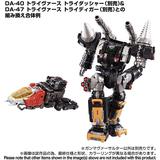 
The Gamma Versalter is the first in the Diaclone Tactical Mover series, with sharp details that approach those seen in military models while maintaining flexibility, compatibility with other Diaclone-line items and customability. This series will allow you to enjoy your Diaclone items with a harder and more realistic SF approach.

The compactly-designed Gamma Versalter is about 10cm tall in its humanoid battle form. Its cockpit moves in conjunction with the opening and closing of the head hatch, and it also has a stabilization anchor to support its center of gravity when standing up. It transforms into three total models: its humanoid combat form, the "machine mode" vehicle form, and a heavy maneuvering "mech mode." Each exerts maximum combat power with simple and dynamic mechanisms. Biaxial joints are used for its elbows and knees for posability comparable to that of action figures; the fists can be opened and closed with four fingers. It's also equipped with 3mm and 4mm joints on each part to support various customization and expansion. The cockpit is a module unit made to the same standards as the Bollet Core to be compatible with other Diaclone items. It's also armed with two large machine guns, two handguns, two combat swords and two separable shields that can be used as a pair of gauntlets. Order yours today!