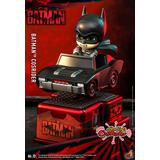 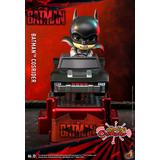 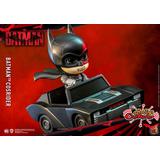 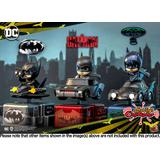 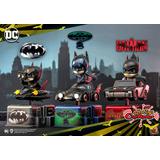 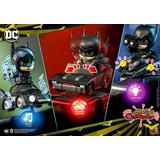 The greatest heroes and heroines of all time in the DC Universe are returning in their most iconic outfits and coolest transportation as the next Hot Toys "CosRider" collection! Based on a series of highly acclaimed DC theatrical releases, the newly introduced CosRider collection has been tuned up with metallic painting details! This version features Batman in the Batmobile from "The Batman."

These fun figures feature functions such as coin-operated mechanical design, original music tunes, LED light-up function, and built-in rocking motion! Even better, CosRider figures in the same series can be coupled up and rock together, with coordinated music! Rock your collection and order yours today!