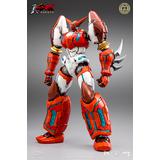 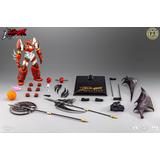 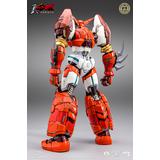 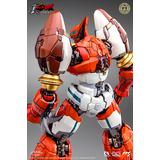 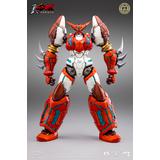 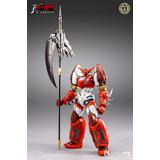 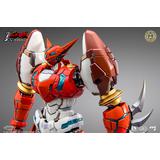 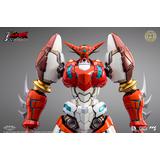 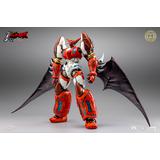 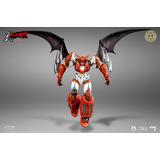 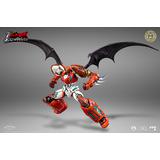 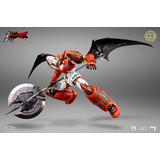 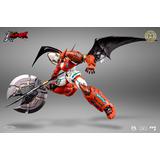 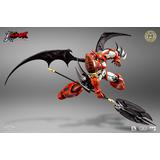 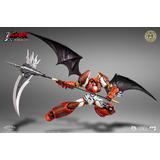 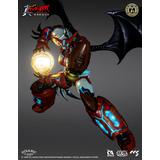 
This spectacular action figure of Shin Getter 1 from CCS Toys is back, produced in collaboration with C & A Global Ltd.! As seen in "Shin Getter Robo: World's Last Day: (a.k.a. "Shin Getter Robo: Armageddon"), he's loaded with joints for an incredibly wide range of motion, and his demonic appearance has been faithfully preserved. Interlocking deployment gimmicks mean you can arm him with his trademark weapons such as the Getter Tomahawk, Getter Site, and the forearm-mounted Getter Leather. LEDs are built into various parts of his body and effect parts, so he can show off his dynamic special moves Getter Beam and Stoner Sunshine! If you missed out before, now's the time to order this hot-hearted robot for your own collection -- order yours today!