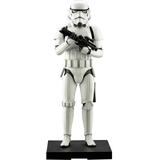 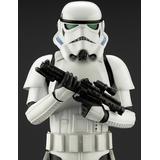 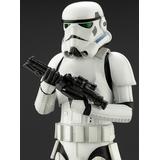 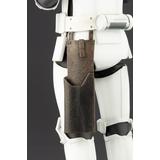 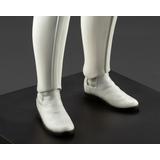 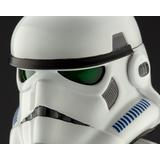 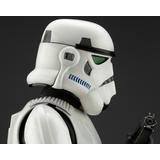 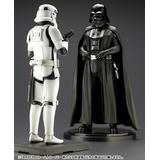 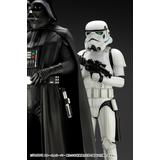 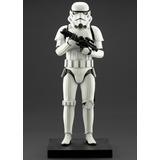 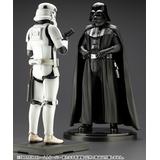 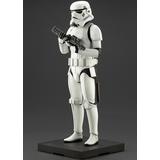 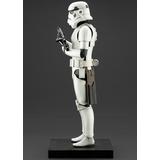 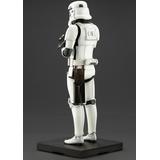 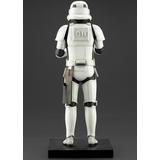 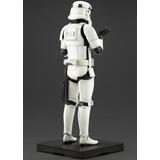 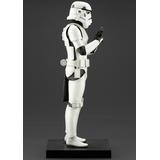 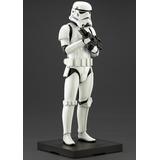 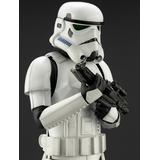 Joining Kotobukiya's ARTFX line from "Star Wars: A New Hope," the Stormtrooper in his iconic white armor appears on a big scale and in a new design!

As seen in "Star Wars: A New Hope," the helmet design was painstakingly recreated based on the "hero" Stormtrooper helmet design. Furthermore, with the body proportions and props being faithfully recreated as they appeared in the film, extra care was taken with the design of the curves and angles of the armor. Be sure to pay attention to the finer details included in this ARTFX figure, from the realistic look of the E-11 blaster rifle held in the Stormtrooper's hands to the signs of wear in the boots that can only be accomplished in a 1/7 scale.

Complete your display by pairing this Stormtrooper with the previously released ARTFX Darth Vader A New Hope Ver.