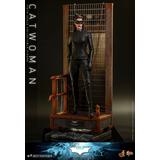 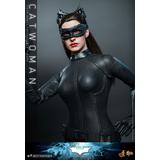 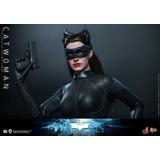 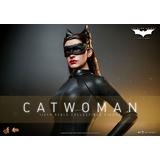 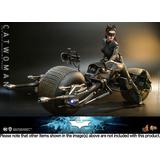 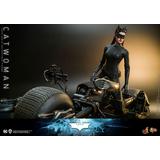 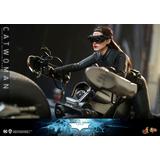 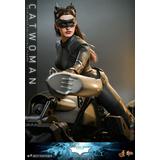 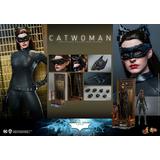 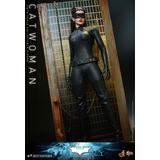 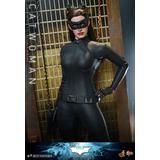 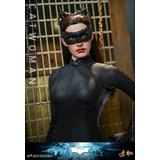 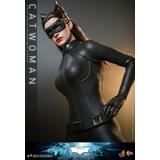 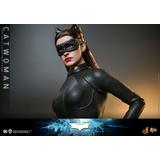 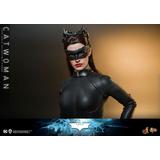 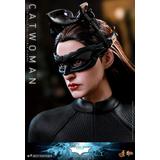 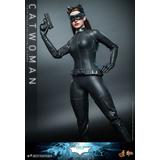 "I had to find a way to stop them trying to kill me." --Catwoman

In the final installment of Christopher Nolan's "Dark Knight" trilogy, the masked terrorist Bane's ruthless plans for Gotham drive Batman out of his self-imposed exile. Trusted by Batman yet in league with Bane, Catwoman meets the Caped Crusader in the subway tunnels and leads him to a trap, resulting in Bane nearly killing the Dark Knight.

To expand on their collection based on the "Dark Knight" trilogy of movies, Hot Toys brings us one of the all-time favorite characters -- Catwoman -- as a 1/6th-scale collectible figure.

Beautifully crafted based on the screen appearance of Anne Hathaway as Catwoman/Selina Kyle in the "Dark Knight" trilogy, the figure features a newly painted head sculpt with long, straight rooted hair, intricately designed one-piece suit in black and high-heeled boots, a pair of goggles, highly detailed weapon and accessories including a pistol, a damaged Batman cowl, night-vision goggles, and matching hands. In addition, the figure comes with a city sewer diorama figure display stand inspired by the scene where Catwoman leads Batman into Bane's trap.

This incredible Catwoman figure is an absolute must-have for "Batman" fans -- place your order today!