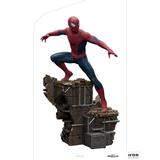 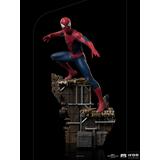 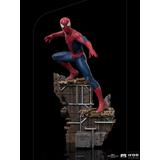 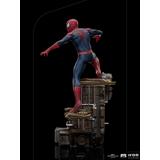 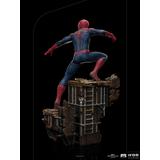 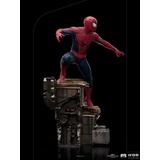 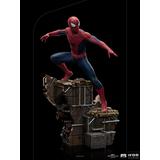 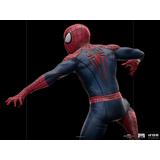 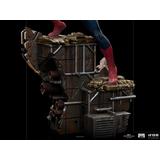 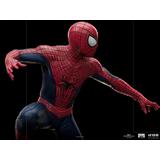 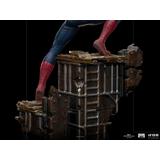 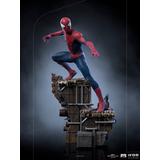 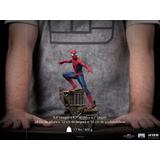 Called "Peter-Three" by his allies, the young hero from an alternate universe embraces his role as the middle brother from the trio made of different versions of himself in another world. Ready and willing to aid his younger version and his slightly older version to face two of his biggest opponents, and other enemies still unknown to him, so that they can each be returned to their own universe, he is still haunted by his failure to save his deceased girlfriend, Gwen Stacy. He developed his synthetic web-shooters using the Oscorp's Biocable technology from his world, and uses a red-and-blue suit divided by black lines, and a mask with large eyes as visors to protect his identity. On a pedestal formed of wood and metallic structures from a scaffold on Liberty Island in New York, the amazing wall-crawler prepares himself for action.

Reproduced with maximum attention down to the tiniest details of his suit and anatomy, Iron Studios' Battle Diorama scale statue of Spider-Man Peter-Three from "Spider-Man: No Way Home" to your collection! Order him for your own collection today!