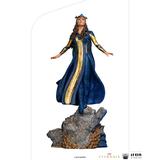 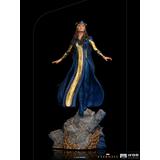 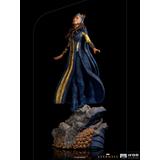 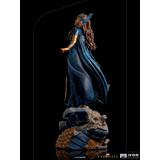 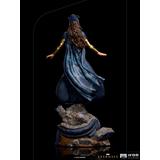 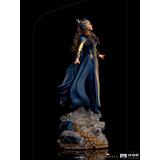 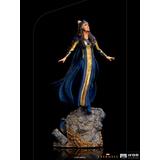 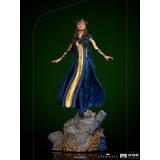 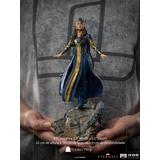 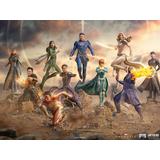 A member of the Eternals team of thinkers, Ajak was designed to be the leader of the team. Incredibly smart, working for the Celestials for thousands of years, she has powers superior to any regular human being: immortality and the ability to manipulate cosmic energy to heal humans and Eternals from wounds and diseases. Dressed in blue and golden armor, this display statue of Ajak from the Marvel Studios film "Eternals" from Iron Studios depicts the spiritual leader and mother figure of the group of cosmic immortal heroes, as well as their greatest strategist, responsible for many victories over the centuries against their enemies, the Deviants.

Portrayed by Salma Hayek, Ajak is the guardian of the Celestial Communication Sphere, an artifact that allows telepathic communication with their creator, the Celestial Arishem. Her affection for humanity reached its apex after the Avengers defeated Thanos and resurrected half of the universe eliminated by the villain with his Infinity Gauntlet.

Iron Studios' collection of "Eternals" statues are fantastic when displayed together as a diorama set of the complete group, but they also perfectly work individually, representing your favorite character. Order Ajak for your own collection today!